PartsBox: Take control of your parts inventory and BOM pricing
The complete solution for building electronics.

Meta-parts are used to group together other parts. PartsBox handles meta-parts similarly to normal parts, delaying the choice of actual part to be used. When pricing projects, offers for all substitutes will be considered.

This is especially useful for passives, where several part substitutes can be added and handled together. As an example, there are many 0402 X5R 100nF 25V capacitors available: Murata GRM155R61E104KA87D, Taiyo Yuden TMK105BJ104KV-F, TDK C1005X5R1E104K050BC, Samsung CL05A104KA5NNNC, Kemet C0402C104M3PAC7867, and a number of others. In many projects any of those can be used. Instead of specifying the exact part outright, it's often better to specify a meta-part (called for example "C0402-100NF-25V"). That way when calculating the BOM price, PartsBox will gather offers for all member parts and pick the least expensive one, given the current prices, build quantity, and distributor selection. 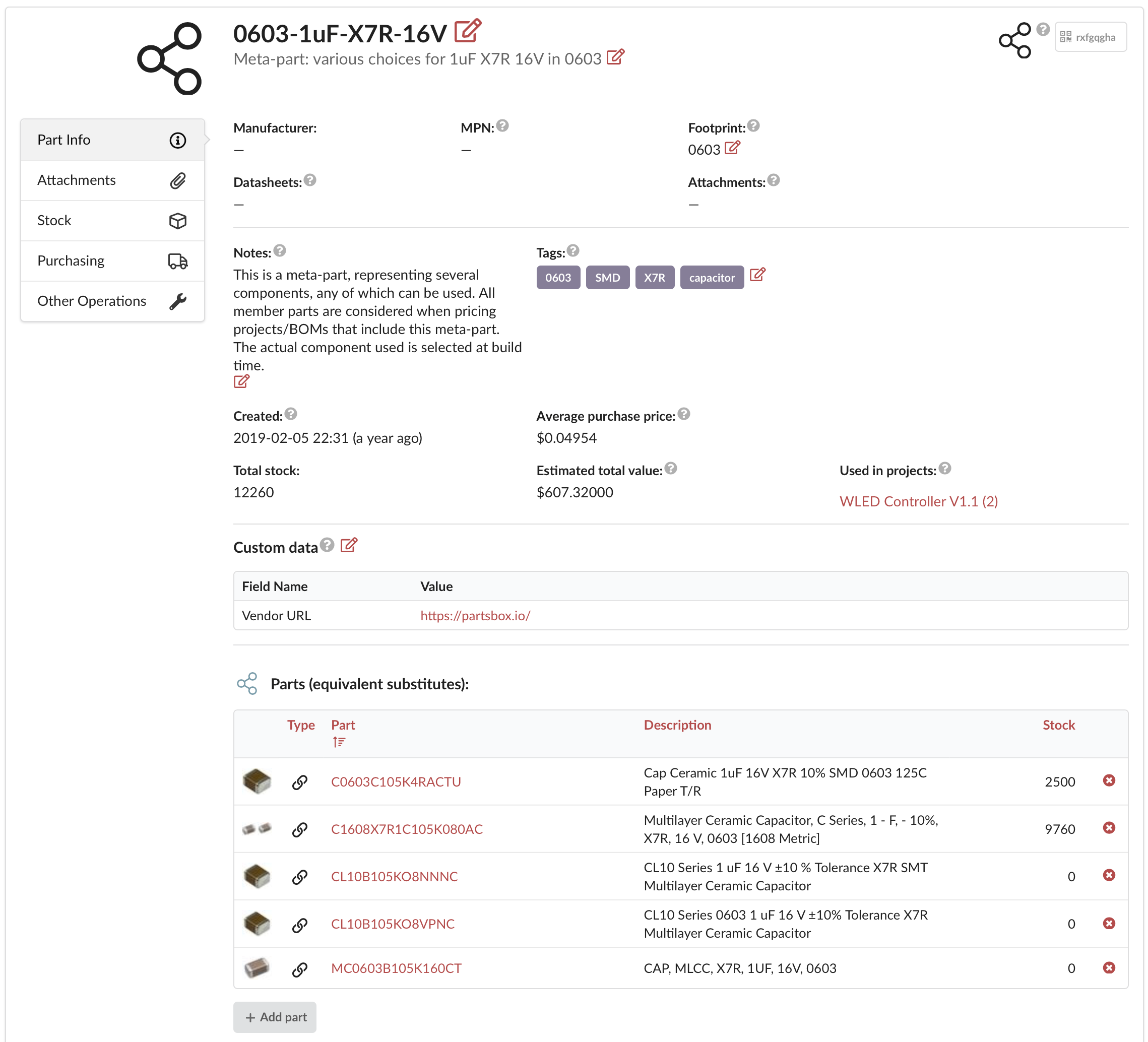 For EMS/ECM/CM manufacturers meta-parts provide a great way to price customer BOMs (Bill of Materials), whenever customers do not specify exact parts. Using meta-parts for commonly encountered passives can speed up BOM pricing and lead to real savings and optimizations, as prices fluctuate.

Meta-parts are also useful for complex parts, which are equivalent given project constraints. As a real-life example, the NXP MPXV7002DP pressure sensor can often be replaced with MPXV7002DPT1 or MPXV7002GP, whichever is less expensive.

PartsBox will also suggest additional possible substitutes based on what others use:

Take control of your parts inventory and BOM pricing today: